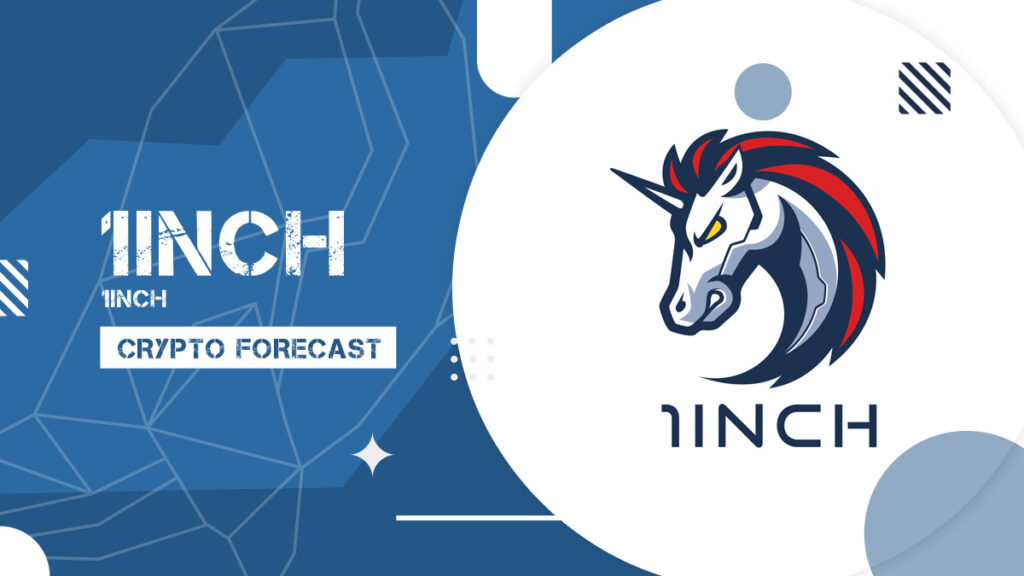 Among the altcoins that have been popping up everywhere online, what has piqued our interest so far is 1INCH. So far, it is one of the few famous altcoins with actual fundamental standing that is currently trading below its initial coin offering price. Most of the experts giving out 1inch price prediction see this as an attractive entry point, a buying opportunity for bargain hunters with the money to spare.

How high can the price of 1inch can go? The maximum price that it has reached so far is $7.4471, which is more than 3x its price at launch. The consensus 1inch price prediction is a bullish uptrend that could lead to the coin hitting double-digit standing very soon. That’s at least a +675% gain from its prevailing market price!

If that sounds like something you’d be interested in, read on to know more about what makes 1inch tick. In this article we detail how the 1inch network works, its pros, its cons, and everything that could affect its market price in the future.

1inch Price Prediction | What are the Experts Saying?

Before all else, let’s take a look at what the experts are saying about 1inch coin’s future price.

Coin Bureau is generally bullish on the 1inch token. He considers the 1inch Exchange to be pretty impressive, since its aggregation protocol provides a seamless and efficient way to get the best prices in the market. He himself uses the platform.

Coin Bureau maintains that it takes time for the governance use cases to impact on the demand for the token. It takes time for the market to come up with an appropriate average price for this demand, which explains why the price of 1inch has slumped slightly since its airdrop.

Altcoin Radar is confident that 1inch will likely reach a market cap of at least $10 billion in the future—whether three years, five years or ten years from now. He thinks 1inch could reach $50 in the longer scheme of things.

Note, however, that these price predictions are still subject to change and can be affected by a lot of different factors. That said, here are the latest news releases and updates that have significantly impacted the average trading price of the 1inch token.

The 1inch ecosystem introduced the new peer-to-peer (P2P) functionality on its platform in March 2022. This new functionality came already baked into the dApp. Essentially, the P2P service’s aim is to secure crypto swaps between individual users. 1inch said they introduced this new feature amid the rising demand from users.

The P2P service offers trustless swaps backed by smart contracts and complete decentralisation. This feature, the company says, will open the door to a whole new world.

The network launched a spot price aggregator to extract data for assets traded on DEXs on the blockchain. The tool consists of smart contracts that interact with various decentralised exchanges to receive token liquidity-weighted spot prices. The instrument also handles wrapped assets such as wETH, cDAI, aDAI, and more.

1inch managed to raise $175 million in its Series B funding round last December of 2021. The Series B round was led by Amber Group, with around 50 investors participating. Some investors include Jane Street, VanEck, Fenbushi Capital, Alameda Research, Celsius, Nexo, Tribe Capital and Gemini Frontier Fund.

The token is trading at around $1.25 to $1.30 as of writing. This range is below the coin’s ICO price, which most experts consider to be a bargain. It has a market capitalisation of $530 million, with a total circulating supply of 1.5 billion coins.

The traders over at FXEmpire (https://www.fxempire.com/forecasts/article/1inch-targets-the-3-mark-following-market-recovery-864555) think that the native token of the 1inch ecosystem could soon surpass the $3 psychological resistance level. This uptrend won’t be all smooth-sailing, of course, since there will likely be pullbacks along the way. In the event of a strong rally, 1inch could reach the second major resistance level at $3.23.

Now that we’ve talked about its value and potential future price, let’s get to know the 1inch network a little bit more. Here are some of the most frequently asked questions about the 1inch coin and its protocols:

1inch is essentially a decentralised exchange or DEX and liquidity aggregator. It enables its users to trade digital assets across several exchanges. This gives the users access to a wide range of trading options through a single interface.

The common misconception is that it is just a standard automated market maker or AMM. An AMM basically prices assets using a mathematical formula. 1inch is far from that. Rather, it makes use of a liquidity aggregator that enables users to simultaneously gain access to pricing from a number of liquidity providers and pools.

How does 1inch work?

The 1inch network functions by using smart contracts that could reroute user trades between various DEXs. This gives 1inch the ability to leverage the most optimal token and gas prices for transactions on the Ethereum, Polygon, and Binance Smart Chain (BSC) blockchains.

What is price slippage, and how does 1inch solve that problem?

Slippage, by definition, is the difference between the price a user thought he or she bought a token for versus the actual price paid. This sometimes happens when a coin’s circulating supply in the DeFi space is dwindling in conjunction with very high demand during short periods of time. Some users and traders set up slippage rates in their systems in order to ensure their transactions are executed—indicating a plus or minus 5% difference in the price they initially wanted for a coin.

The 1inch trading protocol easily fixes this problem. It can split orders across various exchanges, therefore preventing the transaction from moving the market significantly and causing slippage. In this way, it helps buyers and sellers get a better overall price compared to a typical DEX or other major crypto exchanges.

What is the 1inch token?

1inch is an ERC-20 governance and utility token that can be used to vote on proposals that concern the system parameters of the DEX aggregator protocol, including trading fees, governance rewards, price impact fees, and others.

1inch also incentivises holders to participate in governance through its staking rewards. You can also get a 1inch token through the protocol’s liquidity pools.

Where can you buy 1inch?

The 1inch coin is available on several large platforms, including Binance, Huobi Global, Coinbase, FTX, Kraken, KuCoin, OKEx, and even eToro. In our view, eToro is the best of the bunch, given the convenience of its mobile app, as well as the straightforward interface of its web browser.

Is 1inch a good investment?

1inch has a fundamentally sound purpose that many traders and investors seem to like. However, the cryptocurrency market is very volatile. Therefore, native tokens of strong blockchains or ecosystems are still vulnerable to market shocks that can be caused by a lot of unpredictable external factors. The price of 1inch can still go both ways, depending on market conditions. It is up to you to do your own research to determine whether or not you should buy 1inch. This 1inch Price Prediction article should not be considered investment advice.

This 1inch Price Prediction article should not be considered investment advice. It is up to you to do your own research to determine whether or not you should buy 1inch or any other coin for that matter. Know that there is always a risk of losing your entire capital, so only invest what you are prepared to lose.