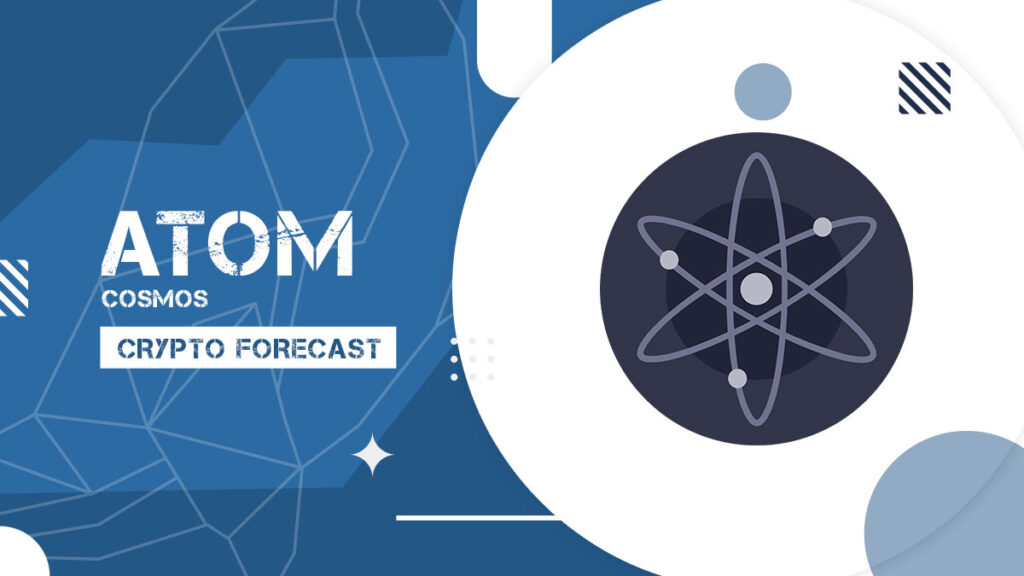 Will Cosmos solve the hardest problems in the blockchain industry and generate larger sums? While this is likely to happen, the competition in the cryptocurrency market is hard to battle, given the numerous major players and emerging cryptos.

This ATOM price prediction 2025 aims to estimate the chances of ATOM’s price increase and drop in the market and its recent updates and developments. The discussion expands on its advantages and determines if it can improve your portfolio as an investor.

During its launching in 2016, Cosmos did not display much action until 2021, when it encountered bullish momentum. Besides offering an antidote for a better proof-of-work protocol, the project aims to make blockchains work efficiently through inter blockchain communication. These features put the crypto coin in a good light, making it appealing for some investors.

Can Cosmos continue its rapid growth in the crypto market while countering harmful PoW protocols? Find out what experts have to say in this ATOM price prediction article. You can also discover what experts have in mind and know if this coin is a profitable investment for 2025.

Recent Cosmos Upgrades That Could Affect Its Price In 2025

In doing a technical analysis in this ATOM price prediction article, it is important to go beyond the price predictions. By looking at the recent upgrades in Cosmos, you can fathom what happens to your ATOM token and how it impacts digital assets.

Cosmos pursues DApps demystification with its inter blockchain communication feature. It aims to make infrastructures easy to use. Besides this, it also targets scalability among blockchains, ultimately allowing more transactions per second than Ethereum and Bitcoin. Hence, it is regarded as “Blockchain 3.0”.

Interchain Accounts Upgrade: The Cosmos Interchain Accounts is the most recent upgrade done in the project. It highlights the interoperability goal of the protocol by allowing individual blockchains to access accounts on a separate chain. ATOM holders can now stake, vote, and trade tokens with other blockchains. This upgrade will bring the biggest change in the network after Stargate.

Stargate: This upgrade allowed connections within the Cosmos blockchain through standardised IBC protocols.

The token sale was conducted in 2017 originally by Jae Kwon, Zarko Milosevic, and Ethan Buchman. Despite the coin’s early launching, it only reached its all-time high of $44.54 in September 2021. Since then, the coin did not drop to the resistance level, exhibiting a good upward trend. It is up 6.64%, with the current price of $32.7.

Based on the records of CoinMarketCap, Cosmos is ranked #21 as of April 3, with a live trading volume of $1.38 billion. It has a market cap of $9.17 billion. At the moment, there are 286,370,297 ATOM tokens in the circulating supply and a maximum supply of 1 billion coins.

In these Cosmos price predictions, you will notice that some numbers are optimistic. Meanwhile, other estimations do not put it in a brighter picture. Learn more about Cosmos price analysis below.

Analysts Believing The ATOM Coin Will Go Up

Analysts Believing The ATOM Coin Will Go Down

While it is evident that the Cosmos price today is rapidly growing, the question remains, “Where is it going in the next few years?” Cryptocito asked this question in his YouTube video, whose content revolved around network, ecosystem, and price predictions. He compared the current price value and the market cap of ATOM to other major players in the market to present his Cosmos price forecast.

Based on historical market trends, EverythingForFun’s video on YouTube showed their Cosmos price predictions for 2021 to 2025. By 2025, the Cosmos price value is expected to reach $60.

Cosmos is among the most underrated projects in the cryptocurrency market, according to rareliquid. In his YouTube video, he explained this opinion and proceeded to his price predictions. He strongly believes that the ATOM tokens are not useful, as implied by some analysts. As for its future price, he expects it to reach $130.

How Risky Is Cosmos As An Investment?

Market turbulence happens occasionally in the crypto space. Every fiat currency is inevitably vulnerable to sudden price changes. This does not exclude the ATOM coins. You can lose your entire capital if you immediately jump to conclusions without calculations. Before participating in any major crypto exchanges, ensure that you did your research and smart technical analysis.

While it is true that this ATOM price prediction should not be regarded as investment advice, we can observe that the coin displays potential. Like other fiat currencies, ATOM has disadvantages that you should never underestimate, especially if it does not hit the $148.57 mark. If the odds are in your favour and the prices manage to go higher than the lowest price prediction of $50.79, you can say it is the most lucrative. Again, these numbers should never be taken lightly as not all price forecasts are 100% accurate.

The crypto space is a large sphere with many users in the community asking questions. Take a look at what others think of before deciding to invest.

Will ATOM Crypto Go Up?

Based on the numbers above, the potential of ATOM is evident. It has a chance to go up in the following years.

Where Can I Buy ATOM Tokens?

There are plenty of brokers that sell ATOM tokens on the internet. Make sure to transact with reliable ones like eToro.

There are both bearish and bullish projections. According to Price Prediction, it could attain an average trading price of $47.71 and an expected maximum price of $44.67 by 2022.

What Is The Future Of ATOM?

The ATOM coin exhibits rapid growth in the market right now, posing a huge potential as an investment. Based on the experts ‘ analyses, you can expect a lot from the coin.

Price prediction articles like this one serve only as a guide to assess if a token poses a good investment and improves your portfolio. Hence, it should not be regarded as the ultimate truth in making decisions. Remember that the crypto world is inherently volatile, so risk with caution.