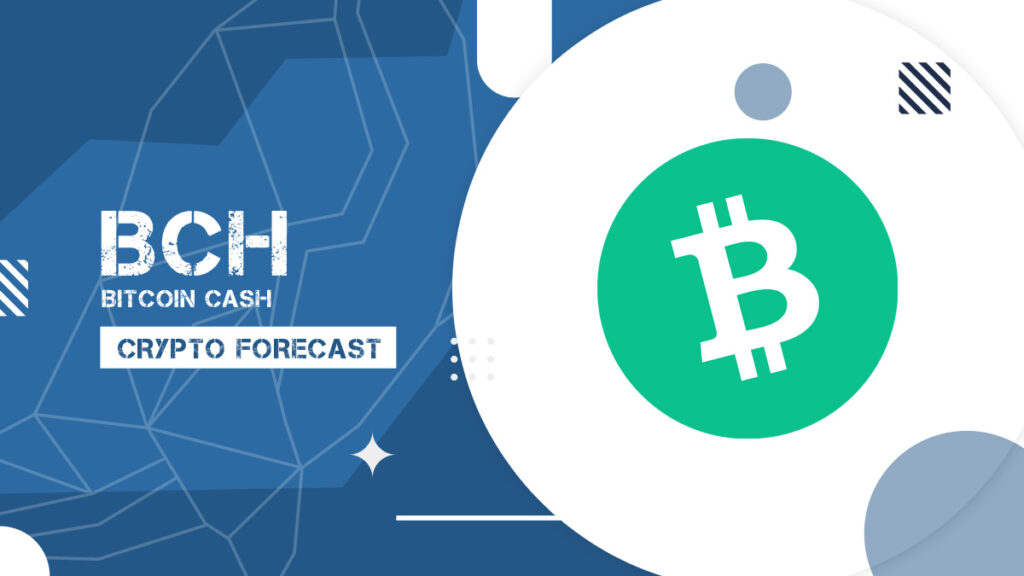 Bitcoin Cash has forever been known as the alternative to Bitcoin with a better use-case. Although the cryptocurrency was designed to be more usable in real-life situations, the real question is whether the BCH price prediction points towards it being a good investment for the future.

With an ever-growing crypto market, other OG cryptos like Bitcoin Cash, which have also risen and fallen in value, are still commanding a decent amount of attention. Bitcoin Cash focused more on scalability and increased block size. Does the BCH price prediction prove it to be a worthy asset?

The current Bitcoin Cash price sits at a solid $365.06 at the time of this writing, with Bitcoin Cash BCH price prediction being both bearish and bullish. Unlike Bitcoin’s massive market cap, Bitcoin Cash’s market capitalisation sits at just $6.9 billion, which is still extremely huge compared to other cryptos within the cryptocurrency market.

Bitcoin Cash was developed earlier in the crypto world coming out in 2017, before seeing its major spike by December of that year. The coin’s maximum price reached $4,355.62, with its minimum price at $75.08.

It is important to note that the future price of Bitcoin Cash remains highly speculative. Although price analysis can be done with fundamental and technical data, this is not a 100% guarantee that the coin pricing will reach its estimates in the given time. Although Bitcoin Cash hasn’t had a massive bearish cycle in a while, its price level remains consistent and hasn’t seen much bullish momentum in a while as well.

What Do Experts Say About Bitcoin Cash?

As per the channel Crypto Update on YouTube, estimates are that Bitcoin Cash will soar up to $9,200 in 2025. The video was uploaded on July 22, 2021, highlighting the use case of Bitcoin Cash and the fact that PayPal adapted it along with a few other cryptos.

For those following Bitcoin, Satoshi Nakamoto is one of the most notable names in the cryptosphere. As the founder of Bitcoin, Satoshi’s concepts include an actual use case for Bitcoin instead of it being mainly a stored value.

This is why the community decided to come up with a hard fork or basically split Bitcoin into two, with the first retaining the name “Bitcoin” while the other was called “Bitcoin Cash.” Bitcoin Cash aimed to fulfil Satoshi’s dream of a more usable Bitcoin by increasing its block size, allowing it to be faster to send.

Although Bitcoin cash gave a feasible use for Bitcoin, with the entrance of major exchanges, individuals could still buy Bitcoin through them, thus eliminating the need for Bitcoin Cash. However, with the world now giving more attention to decentralisation and more and more investors/traders starting to adapt, Bitcoin Cash provides a solution to own and transact with Bitcoin faster and more feasible.

For investors planning to add Bitcoin Cash to their portfolio, it is important to note that despite technical and fundamental analysis, the crypto market, in general, is extremely volatile. However, compared to other assets, Bitcoin Cash had only seen three major spikes, with the first in December of 2017 hitting its all-time high, the second on May 6 of 2018, when the coin reached $1,765.69. And the third was on November 11, 2021, when almost all assets within the crypto market took off.

Although many people have taken advantage whenever a price spike happens, it is important to note that others were losing money rapidly due to wrong timing and wrong assets. Despite bullish trends happening often, it’s important to do your research to know what you are investing in.

Licensed fund managers and financial advisors are also very useful since they help you manage high-risk assets with low-risk assets, ensuring your portfolio stays balanced throughout the ups and downs. Although the Bitcoin Cash price increased a couple of times, the asset still contains high risks and should be invested accordingly.

It is also important to hold your crypto in a legitimate brokerage account like eToro for you to have easy access, a secure place to store your assets, and an accessible platform that can be contacted at all needed times.

What is the future of the BCH coin?

With decentralisation becoming more popular, Bitcoin Cash could see a more widespread use case as a mode of transactions rather than just an asset. This, however, depends highly on the market as there are already multiple cryptos that are also “transaction-based”, posing more competition for BCH.

Is Bitcoin Cash better than Ethereum?

Where Can I Buy Bitcoin Cash?

eToro is a respected broker where traders and investors can easily invest in Bitcoin Cash with fiat money. The broker is also a good place to hold and sell Bitcoin Cash due to its secure platform and anti-hacker approach.

Disclaimer of our BCH Price Prediction

The information presented above is strictly for informational purposes and should not be taken as financial advice. Before adding Bitcoin Cash to your portfolio, we recommend consulting a financial advisor and only investing money you are comfortable losing.